IMPORTANT: In many jurisdictions, it is a requirement to announce the call is being recorded.  To that end, you can insert this prompt into either a menu that fails over to the recorded ring group, or if you have ACD, as an intro announcement on the acd group being recorded itself:

This feature allows recording of inbound and outbound calls. Extensions can be put into groups which makes it easier to keep track of calls. There can be jobs that only record inbound calls, outbound calls, or both.

There are currently 3 main mechanisms for recording calls on an IPitomy IPPBX System.

NOTE: When using the IPitomy Call Recording feature, it is advised to configure an FTP to push those recordings to so they can be keep for a long time, and to set the recording job to purge after an FTP push so that the file size does not get too large. 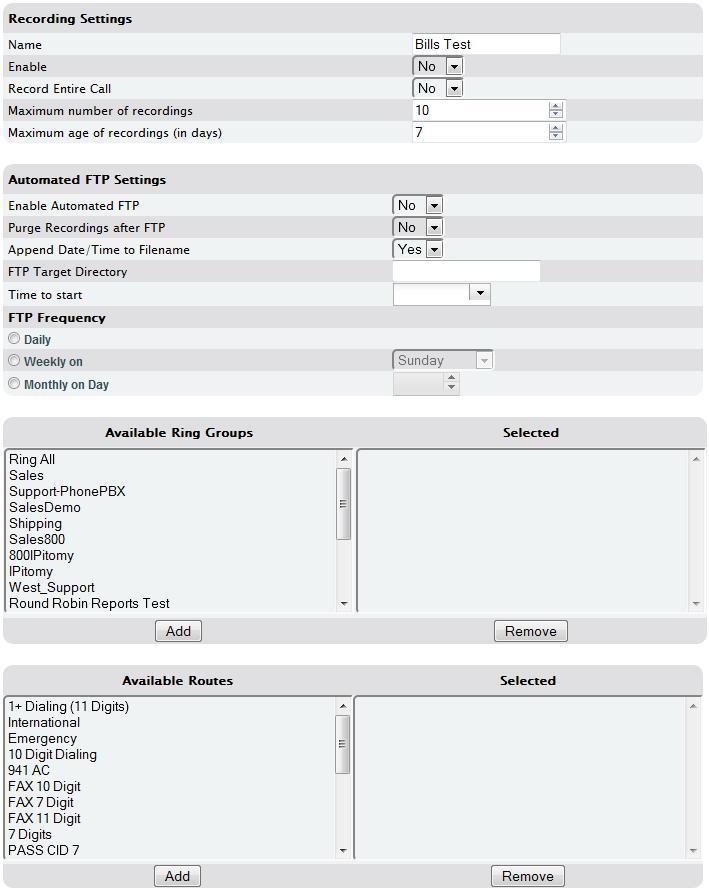 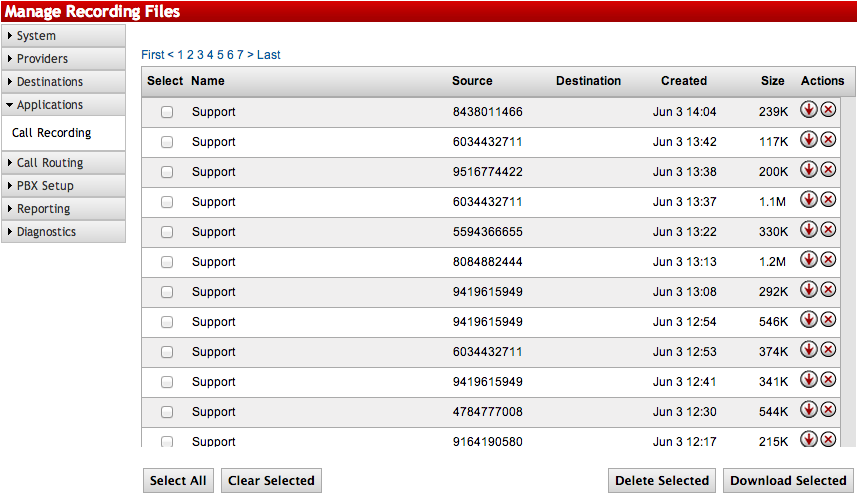 To View the recording jobs and manage or listen to the recorded calls:

After a day, the PBX will archive the recordings from the previous day. These are put into a .zip folder and can be viewed on the PBX or downloaded. If you download them, there will be an index.html file contained within the .zip that gives information about each recording (Recording Target, Filename, Size, Date, Source & Destination) so you can find the recording you are looking for. You can also then click the link and it will play the file you want.